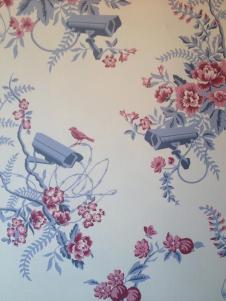 “It happens slowly, irreparably, slyly. What was the title of that song? Killing me softly. That’s how freedoms are killed – for the most.”

I write on Chapati Mystery about the slow, inexorable curbing of freedoms.

You can find the full article here.

UR/Unreserved is an arts project stemming from the collaboration between maraa arts collective and Anish Victor. UR/Unreserved embarks on a train journey to investigate the margins of negotiation of identity in contemporary India.

The trigger for the project was an SMS that circulated in Bangalore in 2012 targeting specifically the population of the North Eastern states of India. The message warned the receivers that, had they not left immediately, they would have paid the consequences. The SMS proved to be fake, however, many people fled overnight, by train, fearing for their lives.

Interrogating what it means to belong, how people identify, what are the processes of representation connected to identity, what are the markers that “give away” who people are. These are fundamental questions that urgently need to be addressed in the current political context in India.

Eight young artists from Karnataka, Kerala, Assam and Kashmir will travel for a month in sleeper coaches and unreserved train compartments engaging fellow travellers in conversations around their own experience of individual and collective identities. Through performative techniques, magic tricks, songs and games they will facilitate the possibility of an exchange around a subject that is now too risky to address with strangers. The material gathered from these conversations will become part of public happenings and of a travelling exhibition.

To make this important arts project possible there is an ongoing crowd-funding campaign.

To support Unreserved by contributing to cover the production expenses, you can give your contribution here.

Here is a short interview recorded last year during the Design and Social Transformation programme in Barcelona. 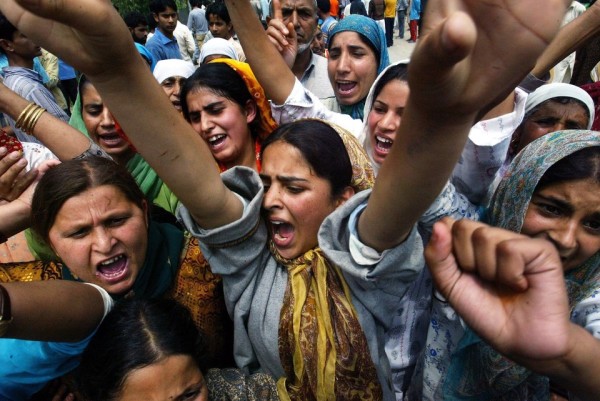 Francesca Recchia: We share a passion for geography and maps. A great part of your artistic and conceptual work has been concentrated on what may be summarised as mapping the invisible. How do you inhabit such an oxymoron?

Trevor Paglen: Most of the work I do is self-contradictory: I make images that tend to be quite abstract and at the same time, I do a huge amount of empirical work to arrive at those abstractions. I’m not so much interesting in ‘mapping’ the invisible so much as trying to understand what invisibility itself looks like.

FR: Photography is an important element in both your research process and its final outcomes. Whether buildings, documents, satellites, or airplanes, most of the subjects of your photographs are classified, but you always make a point in shooting them from public land. In this historical phase of hyper-control, is this a way of reclaiming our right to the common, our right to a free public domain?

TP: I’ve long thought of photography as a performance. To take a picture or to make an image is to also insist on one’s right to make an image. From the earliest photos I took of classified military installations, I almost thought of them as documentation-of-performances.

FR: Your work seems to reside on the fine line between the absurd and the sublime. Is that a deliberate quest for a new kind of poetic space of artistic creation?

TP: What I want out of art is things that help us see who we are now. To me the world looks like a combination of the absurd and the sublime.

FR: The Last Pictures Project is an extremely fascinating, visionary endeavour. Almost a sci-fi version of the romantic explorers who would go and discover new worlds, connecting cultures and perceptions of the world. Have you ever felt like an inter-galactic Indiana Johns?

TP: The Last Pictures is very much about the conjunction of the absurd and the sublime. The project started when I realized that certain kinds of satellites (geostationary) are in orbits so far from earth that when they power-down and die, their inert hulls remain in space, essentially forever. Billions of years – they are probably by far the longest-lasting things humans have ever made, transcending even the deep-time of geology and encroaching on the time of the cosmos. The Last Pictures is a project that’s trying to think through the contradictory moment in time we find ourselves living in. We live in a time where we can make things that last as long as the solar system, but can’t seem to develop even short-term policies to avert the economic and environmental crises that we collectively face.

FR: What is the sort of human kind that emerges from the selection of photos that you have chosen to send travelling in the outer space with The Last Pictures Project?

TP: The Last Pictures is decidedly not meant to be something as ludicrous as a ‘portrait of humanity’ or some crap like that. It’s a montage of deliberately obtuse images that, at least for me and my collaborators, speak to deep anxieties about the idea of “progress” and the direction that the world is going.

FR: American forester and environmentalist Aldo Leopold said: “Conservation is a state of harmony between men and land.” Can your interest in space junk or projects like The Other Night Sky be interpreted as a way to explore new forms of cosmic harmony? Or new frontiers for the semantics of eternity?

TP: I’m suspicious of the idea of harmony, which to me implies a kind of stasis that I don’t think you actually can ever find in nature or history. When I’m looking at spy satellites or space junk, I’m perhaps invoking traditions of looking at the sky and seeking deeper truths about the origins of the universe and its ultimate fate. But where someone with a background in observational cosmology finds clues to the early universe in the images of a Hubble Space Telescope, I look at the night sky and tend to see all of the secret machines that are spying on the earth below. Not incidentally, the Hubble Space Telescope is itself essentially a re-purposed spy satellite.

FR: From a non-practicing academic to a non-practicing academic: your work seems to address the issue of knowledge production from a perspective that questions the prominence of the logos. You create and unpack complex notions, using languages that go beyond the verbal. You seem to make a pretty strong statement about the potentials of the visual as an independent form of knowledge production.

FR: Your artistic work is the result of extensive and meticulous investigative research. Do you think that the fact that after all it is only just art allows for a protected space of enquiry and a greater freedom to expose sensitive geopolitical issues?

TP: Not really. I think that it’s very difficult to be a good artist, especially in dealing with politically charged issues. Making art just doesn’t work the same way as journalism or scholarship. A lot of scholarship is pretty formulaic. With art you have to invent your own forms themselves, which is really hard.

FR: Can you tell me a secret?

TP: The government is spying on you. (Like many secrets, this one is well-known but is still officially a secret).